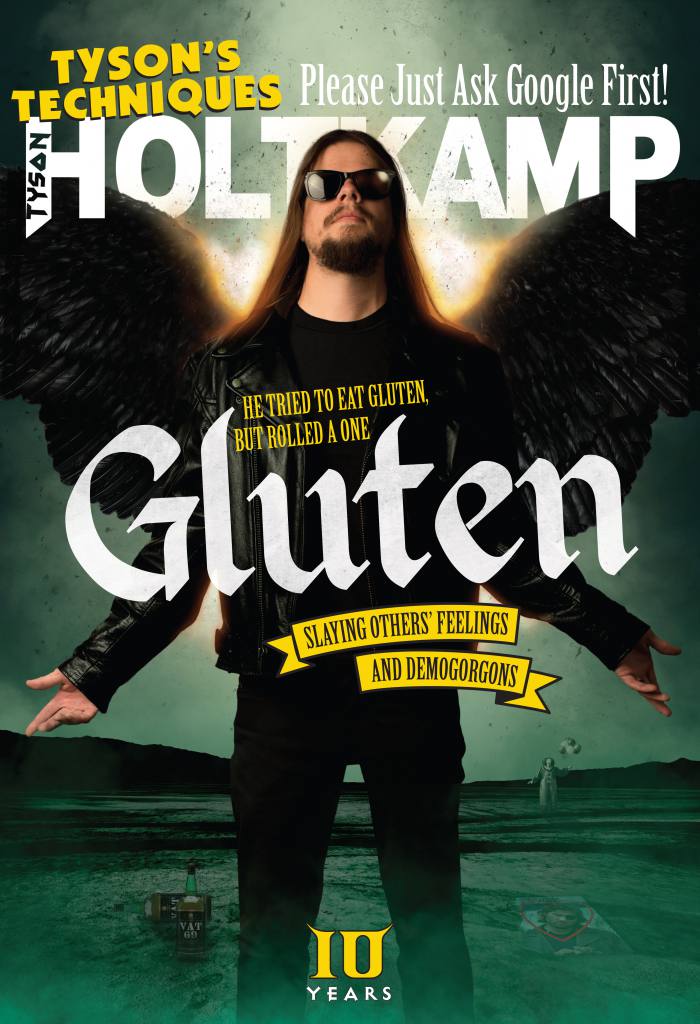 There is a sixth dimension beyond that which is understood by man. It is a dimension as vast as the universe and infinite in time. It is the space between shadow and light, between superstition and science, and it lies between the depths of man’s fears and the peaks of his knowledge. This is the dimension of fantasy. It is an area which we call the Tyson Zone.

Witness, if you will, a basement, made out of Nerf dart black holes, spews of profane expletives and soothing essential-oil blends that stretch to infinity. The basement, or as we know it, The Underground, has inmates from the Creative, Production and Content teams. One inmate stands out amongst the rest.

His name is Tyson Holtkamp. His occupation—IT/Operations Manager at Penna Powers. At present, celebrating his tenth year of techie techniques, zombie apocalypse survival tips and fighting mysterious malware. He’s a man in his mid-thirties of medium height, perhaps a little more gluten intolerant than most men. His face was once that of a baby. Now covered with hair, it is no longer. There is no horror film left that he has not seen and no server issue he cannot resolve. He is the first to quote Stephen King and the last man standing in the face of a good tumbler of whiskey.

Down below, in a heated debate of Game of Thrones theories, is but a fragment of a man’s imagination. Left to admire is the cleverness of his humor and the patience needed to teach you of your technological mistakes. Without his help and guidance, the team at Penna Powers would disintegrate from the email spam, computer viruses and mutants that act upon them. Of all of Mr. Holtkamp’s strengths…it is his commitment to excellence, paired with his jest and wit, that make him such a joy to work with. Here’s hoping this is just the eve of the beginning…in the Tyson Zone.